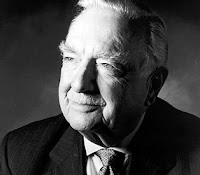 So now I can't watch the news any more. That's right. No news. Only news I get is from the New York Times that Liz brings home from work everyday and the Sunday Edition of the LA Times. And the Huffington Post. And some other left wing blogs. Well, and a lot of other places on the Web but NOT the news on television.

The networks have blown it. Gone are the days of Cronkite and Rather, Huntley and Brinkley. Murrow. Instead we are left with "news" that seems to be defined by popular culture instead of popular concern. Right now you are saying to yourself, "Wayne, tell us something we don't know." You'd be right to call me on my lack of timeliness on this subject. But I gotta wonder, if we are all knowledgeable about the piss poor job the nets are doing on the news, why do we continue to put up with it? Why do we not demand more of network news. If they were sitcoms or scripted dramas the evening news hours would have been blown out ages ago. They would have been replaced by a old skool late night night comic trying to fill time or yet another reality/game show or a reality/competition show with a neat twist like irresponsible people with a million children they can't afford to raise.

Somehow the networks put great pride in their heritage of nighttime news programming but fail to demand the standards that created the genre. As if simply having a prime time news show with an attractive articulate person behind a desk was enough.

Just recently, Warners Music Group fired about 40 people from Rhino Records. A company that has a great history of making good important music available to customers that care. The people they fired were the people that actually MAKE the product: A&R people who find, conceive and compile the collections; designers who create the packaging; marketers who get it into the hands of the public and fans. Apparently, anyone can do that stuff. After all people really good at their jobs make it look so easy. Same with the network news. They no longer have the people that KNOW the product and if they do, they are so shackled by the executives upstairs that they are unable to do their jobs in an investigative, important newsworthy way.

In this day of climate crisis, political upheaval, security threats, economies on the edge of collapse, health care in the balance, we shouldn't have to wade through whose on the red carpet in what designer. We shouldn't be subjected to Kate Plus 8 and endless reports on Michael Jackson well after his tragic passing. We shouldn't have to Google the important stuff.

Maybe if would be better if all the Nightly/World/Evening News just went away. Silence would be better than sludge. That or have the networks grow a set and do real news that we can trust. Not because they say it's fair and balanced -- but because it is.

This Time Poll kinda says it all.
Posted by Wayne Watkins at 5:10:00 PM No comments: