I do not get angry often. Not really. I do get a little perturbed, occasionally. Sometimes. Rarely, though. Actually, it's more like exasperation than actual anger. One thing that DOES piss me the f**k off is what I'm going to refer to as "actor shaming." (You may officially file this under: Rant.) In an industry that relies so heavily on actors for everything from $250 million studio blockbusters to $250 local car dealer ads on cable TV, actors are treated like village idiots or temperamental children by the myriad of people who make money from their talent or personality.

Historically, actors have often been treated like second class citizens -- or even lepers. None of this is new. I get it. It is the level of utter disrespect in recent years that is so irritating. I have worked in the entertainment industry (I like the old term, "show business") for most my my adult life, but the last five years or so has seen a rise in this regard. Every single day I work with a wide variety of people in film and TV (and, yes, even the theatre) whose very livelihoods, their paychecks and fancy cars and expense accounts, are a result of the work that actors do. 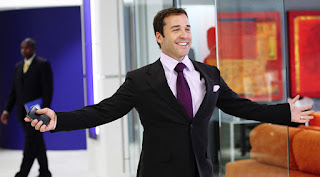 I know that this little rant may piss some people off. Rest assured not ALL people that have actors as clients are bad people. Not all agents are leeches and not all acting teachers are in it to screw actors out of their hard earned residuals for a little ego massage. I get it. I have friends who are casting directors and agents and publicists. Good ones, too. Many of these people started as actors, so they have a unique perspective on what it takes and who the people they work for are. You lot I am not complaining about. 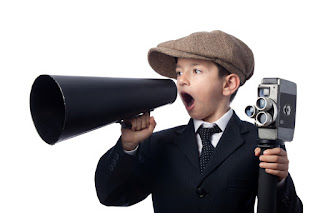 But there seems to be this growing disrespect - it has a gossip mill quality - about actors who are "difficult"  or have "attitude" or who are "demanding." It may shock many out there, but when you meet these people, you often find out that they are pretty nice and not weird at all. In fact, I'll bet 9-out-of-10 times an actor get pegged as being "a problem," it is their reps that are putting up the barriers and causing all the heartburn, not the actual talent.

Add to this the apparent disregard even those in the media have for some of the working-est actors in Hollywood.  How many "entertainment journalists" mispronounce names (poor Saoirse Ronan and Chiwetel Ejiofor) or get actors confused with other actors. (I'm looking at you Sam Rubin). Look, I know that not everyone is as involved in the Hollywood entertainment machine as I am, but those of us actually in the business, should, at the very least, have a basic respect for the people that make that industry work, that pay our salaries in some direct or indirect way  -- and that means actors. Period.