A Short Fall From a High Horse. 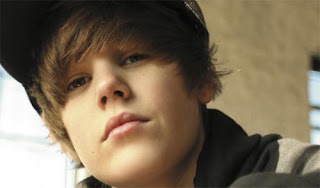 I've never been accused of being conceited. As far as I know. Arrogant, yes. Wiseacre, certainly. Smart-Ass, all the time. Conceit is that special characteristic that is claimed by a small percentage of people who, for some reason, have been lead to believe their poop smells...well, fragrant and nice. Like lilies or lavender. Call it pride, call it hubris, it is arguably the original and most serious of the Seven Deadly Sins (I'm not a religious person, so understand this isn't about the nature of sin as much as it is the nature of ridiculous people, so...).

A few weeks ago, teen heartthrob Justin Bieber made his "acting debut" on CSI:Crime Scene Investigation. Okay, we all know what that means. Famous person gets to do something he is not qualified to do because he is famous. Happens all the time. I don't like it, but it happens and it's here to stay. Fortunately, I can complain about it and somehow I feel better afterwards. Series regular Marg Helgenberger, an Emmy Award winning actress of some note and quality, mentioned in a French magazine interview that the little pop-star boy was "a brat." Apparently, the young man is quite the "prankster" and locked a producer in a closet and put his fist through a cake that was on the Craft Services table. After Ms. H made those unflattering claims, Master Bieber tweeted, "It's kinda lame when someone you met briefly and never worked with comments on you. I will continue to wish them luck and be kind."

So, in other words, if she really would have taken the time to get to know you she would have excused your childish behavior because you are just too irresistible to stay mad at. But, of course. Actually, it's kinda lame when an inexperienced, young guest actor strolls onto a set and behaves like a douche bag.

Now, the ONLY reason I'm ranting about this little tidbit now, as opposed to a few weeks ago when it happened, is because I finally watched the episode (part one of a two-part story arc) with the little darling. Had he been a genius acting prodigy or turned in a brilliant performance full of depth and emotion or held me glued to the screen with his deep, sinister gaze -- okay, I would cut him some slack. He didn't. He was a dull. He was boring. He was out of his league.

Here's what young men and women like Mr. B need to take away from this seemingly innocuous case of brattiness:

1) CSI is a major TV show and has been on the air a long time. It makes the network a ton of money. A couple hundred people come to set everyday and take their jobs very seriously. They feed their families and pay their bills based on the work they do on this particular show. That is not to say they don't have fun on the set. I know for a fact they do. But if there are the occasional pranksters on set, it is because they have earned the right through years of hard work and dedication to the show.

2) Producers actually do important things. They run the show, keep things on schedule, watch budgets, and contribute some pretty essential elements to a successful show. This same producer may have been the one to approve you being cast in the show. Might have even been the one to guide the writers through the script that gave you the words you would say when the camera started to roll.

3) The Craft Services table is for everyone. The food and drinks and snacks provided are paid for by the production company and meant for the whole cast and crew. So by being so cute and adorable as to put your fist in a cake meant for everyone -- well, let's just say that you showed little class and even less maturity. Wasn't there any other way to exhibit your overwhelming cool and childlike sense of humor?

Under the right circumstance and with the right artist, there is no reason why performers cannot pursue these cross-over careers. (Besides, it gives me stuff to rant about!) Here's a caveat: At the very least, be professional when you show up. Another, no doubt better, actor was passed over because your agent did a good job pulling off this little promotion stunt. At best, get some training before hand. Take some classes, learn some lingo, watch some episodes of the show, learn about the people you'll be working with. Fans of this show are passionate about it. Don't piss them off by wasting their time with your own ego.

Treat the opportunity respect. You can screw around when you go on tour. Hopefully, one of your back-up singers won't steal a loaf of bread from your dressing room.
Posted by Wayne Watkins at 9:54:00 AM