Why I Hate the Business of Acting or, "Why, Grandmother, what big brass balls you have." 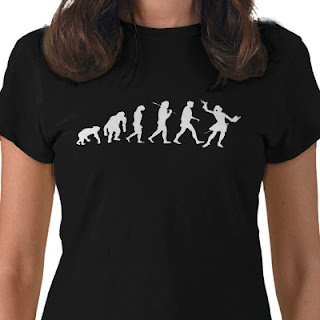 My wife and I come from the theatre. We met doing summer Shakespeare some 20mumble years ago. We love acting, actors, the theatre, film and, yes, even television. We try to see as much as we can. We stay up on who's doing what, articles, books, new plays. So, naturally, we find ourselves deconstructing things, re-imagining productions, reviewing the performances we see, the directors'  choices, and so on. If you have stumbled on this site, no doubt you do the same.

One thing we continue to talk (read: lament) about is the "business" of acting. From workshops to head-shots, from trade magazines to web site design. There are literally hundreds, if not thousands, of people luring you to spend money with them with veiled and sometimes not-so-veiled promises of "reaching your goals," booking more jobs" or "learning the secrets" to the business of acting. Cold reading workshops abound. Camera technique classes are ubiquitous. Photographers specializing in head shots, in Los Angeles anyway, are as common as Starbucks.

It seems more and more that the business is overtaking the craft. Judging from the increasing number of times we see transitional figures in popular culture being provided undeserved acting opportunities, it appears there is no end in sight. For example, Justin Bieber got a two episode arc in CSI; Eminem did a quasi-autobiographical turn in 8 Mile. Most recently, Justin Timberlake has been working none stop on the big screen. Okay, I get it. It is a business after all. Networks and production companies have a right to make money and try to attract the largest number of people to their product as possible. No problem. And, yes, I know this isn't a new thing. It just seems more prevalent than ever before.

Recently, my wife told me of professor at her university who has published what one articled called the "Quintessential Book on Acting." Wow. Really? One book? In this particular interview the author (also an actor) is quoted, “I did all the work for the actor and distilled everything they need to know into a readable and usable form. This is the only book the actor needs.” The article goes on to say that "the author intentionally designed the book to be short and physically small enough to go into an actor’s back pocket. This way the actor can quickly refer to it as needed."

Apparently, if you listen to the business, actors no longer have to experience life. Apparently, to study the human condition is unnecessary. Technique has given way to pure celebrity. Well, and a quick read that tells you everything you need to know.

I have always and honestly believed that the best actors in America are not making movies or starring on TV. They are in regional theatres spread across the country. They are working tirelessly in 99-Seat Plan  (what we used to call Equity Waiver) houses in Los Angeles and in tiny Off-Off-Broadway showcase venues in New York City. They have transitioned into other professions in order to make a living. They have left their once passionate relationship with the craft of acting to become writers in Washington, massage therapists in Santa Monica, counselors in San Jose, teachers in Arizona, university administrators in L.A. and food servers in the Big Apple. Unfortunately, with the business of acting entirely cut off from the nation's best training centers, there is no balance. No feeder system that gets the best actors into the system of Hollywood or the factory of Broadway.

Wayne, Well, I totally agree with you.
Bob Yowell

Thanks for the comment, Bob. As an educator, you certainly see it up close and personal. And while I don't mind people writing "acting books" (obviously, we've all read our share), but the pretension of saying it's the only book an actor will ever need is preposterous! Plus, it just feeds the problem of young actors thinking there is a quick and easy way to their dream. Keep doing what you do.
Thanks, again,
WW