I gotta get better at creating headlines. This one seems a little long. As an entrepreneur, I've gotta get out of my comfort zone and find a mentor or a marketing pundit to help me solidify my personal brand and really get more concise.

Sometimes I get tired. Words, phrases, terms, vocabulary, jargon, slang. Sheesh. It's just too much. I used to get a little peeved. Okay, pissed. I had a high school teacher, Mr. Cooke, who was a stickler for this stuff. That's when it started. We had to stand in front of the class and conjugate verbs and do diction exercises.  I've never thought about it this way before, but he had a pencil thin mustache and wore bow ties. I also have similar facial hair and often sport a dicky bow. Hum, maybe more influence on me than I had originally thought. Anyway, he was the epitome of class. Always dressed to the nines, deep baritone voice and perfect diction. I do not recall him EVER dangling a single participle or misplacing a single eensy, weensy modifier. He also knew what words meant and how to use them.

Now, I'm nowhere near the master of wordplay that was my dear Cookie, but I do, on occasion, loose my shit. Usually, it's over stuff that just kinda gets my goat. Through no fault of the words themselves, we often take perfectly good ones and make them into things they are not. Worse, we make them meaningless. Here are a few examples of humans doing bad things to perfectly good words. Well, at least these are the ones that are pissing me off at the moment.

My Grandpa Atkin, if he were alive today, would probably call himself an entrepreneur. If you believe my mom, he'd also probably be in jail. He was a gold prospector, a cowboy,  an inventor, a peddler of snake oil and sewing machines. He was either stone broke or peeling off hundies to help a neighbor fix their Buick. It was a different world in the 40s and 50s of the Greatest Generation. People had to do a lot of different jobs in their life. That didn't make them entrepreneurial, it just made them work hard.

Apparently, everyone is a freaking entrepreneur these days. If you are between jobs, looking for a new job, in business for yourself, or just a perpetually under-employed actor in Hollywood, you probably call yourself an entrepreneur. You're not. You might be a businessperson. You're probably a hustler. That's cool. By calling yourself an "entrepreneur" you are implying that you possess qualities of leadership, true innovation, and risk-oriented initiative. If you have to call yourself that, you're probably not.  You also think too highly of yourself. Just get to work. Doing something.

No, really, that's a thing. Back in my grand-dad's day this guy would be called a "huckster." They'd be quacks, charlatans, swindlers, mountebanks. (Mountebank? Too much? Yeah, okay.) Unless your name is Leonardo da Vinci, Thomas Edison, Benjamin Franklin, or Richard Branson you are probably not working hard enough to be even remotely referred to as a serial entrepreneur. You'd also have so much money you would need to worry about what people called you. When you finally can pry yourself away from your own genius, read Elmer Gantry by Sinclair Lewis. Or, if you are too busy re-inventing the banana slicer, just watch the movie version with Burt Lancaster. Now shut up and get over yourself. 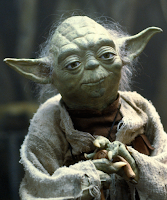 You know the etymology of the word, right? No? Okay, it goes like this: In Greek mythology, Mentor is a friend of Odysseus and a tutor of Telemachus. On several occasions in Homer's Odyssey, Athena assumes Mentor's form to give advice to Telemachus or Odysseus. See that part? Athena assumes Mentor's identity. She disguises herself as Mentor. Telemachus and Odysseus don't know that the person giving them advice is really Athena and NOT their mentor Mentor. They don't know. It is hidden from them. Disguised. See where I'm going here?Athena didn't want them to know that she was the one helping them.

Please don't call yourself mentor. It's supposed to be kind of a secret. You are supposed to teach people because it will help them. Let other people decide if you are their mentor. Believe me, it'll be better for you, too. Hearing someone refer to you as their mentor is way more meaningful than just crowning yourself one.

A pundit used to be someone who was an expert in something. It hails from the Sankrit term "pandit," meaning "knowledge owner." An actual expert. With knowledge of and mastery in a particular subject. Nowadays anyone who speaks into a microphone is called a pundit. No one is required to have any real knowledge, they just have to have an opinion. There's a big difference. No, really, there is. Limbaugh, Beck, Hannity, O'Reilly. Really want to be up there with those guys? Didn't think so.

Everything is a product. A football game is a product. A credit card is a product. A restaurant is a product. Yeah, okay, maybe marketers smarter than me can make a case for the use of the word in these contexts but it just sounds ridiculous. Maybe I'm just jealous I wasn't the first guy to think of this. Face it, though, it's kinda pretentious. No one would say the Chicago Cubs are a terrible product. But they are a shitty team.

I hate this one. I understand, the world is changing and society is more dynamic and social media has changed the way we blahdy, blahdy, blah. I am not a brand. I'm a person. You are not a brand, either. No. You're not. You may have a reputation or you may have a certain style.  You may be known for a particular talent or expertise. You may even have a blog or some YouTube videos. You are a person and that is way more complicated than a brand.

Out of My Comfort Zone.

Here's the thing: Shouldn't we always try to do this? Shouldn't we always be pushing ourselves to experience, to grow, to explore, to discover? Those are big and challenging things. But for most people "being out of my comfort zone" has been reduced to trying a new vegetable or wearing sneakers with a tux. That's not right. That's not a big deal.

Okay, last one I promise. This one started out good and just went south fast. We all know what transparency means in a literal sense. Something transparent is something that is clear. We can see through it. What it has come to mean, thanks is large part to Wall Street, is "honesty." Whenever people start talking transparency in an office, for example, what they are really saying is "we want everyone to be honest and we are gonna make sure we are all up in your grill so we KNOW you are honest.

I'm done. Rant over.  Now, to write a better headline for my next post.