In Defense of "Hollywood"

Just a little rant for a sec. Don't worry, it's not political. Sometimes the littlest things do set me off, though.

In the wake of the whole Kathy Griffin BS and to all of you Hollywood Haters that pile on whenever someone like Kathy Griffin does something distasteful or a famous actor takes a stand at an awards show, this is for you. For those of you who complain about the "Hollywood swamp" or the "Hollywood elite" or how shallow we all are in Los Angeles, this is for you, too. To everyone who might talk smack or throw shade at "Hollywood" then go home and spend three hours in front of the television watching "Big Bang Theory" (filmed in Burbank) or "Scandal" (filmed in Los Angeles and Hollywood) - STFU. 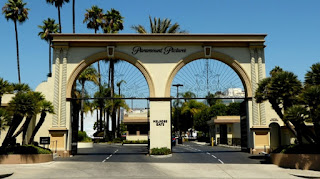 If you don't live here or have never visited friends here, you know nothing about my city or my industry. I'm sure I speak for my fellow Angelenos when I invite you to come and visit for longer than a trip to Disneyland or a TMZ Tour of Stars Homes,  Is "Hollywood" generally liberal? Yes. Happily. But we have differing opinions just like you. Some conservative some progressive. Not everyone agrees with each other. We are a diverse group of people in a really interesting and beautiful city - unlike any other. No, we are NOT perfect, but neither are you. Can we be full of shit and impatient. Sure. Just like people in your community. 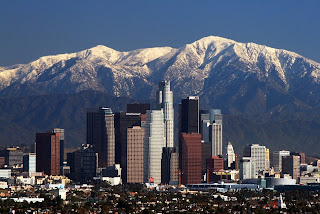 Believe it or not, we are also generous, philanthropic, creative and kind. We work hard. We are not just actors and directors and celebrities. We are truck drivers and teachers and make up artists and security guards and EMTs and lawyers and janitors and mechanics and office workers and writers and designers and food service staff. Think of any job that people you know do and there are people doing that same job in a studio or a production company. They are just like you only they live in a different place. 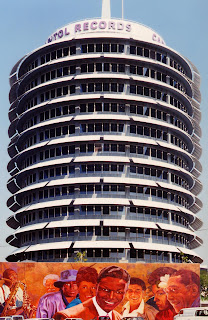 You know what? We are also mothers and fathers and friends and neighbors. We have families just like you. Our children go to schools. Our grandchildren play with dolls and ride bicycles. Sound familiar? Los Angeles, "Hollywood" to you, is full of of some of the most interesting, creative and intelligent people I have ever known. We all have nice friends who are funny and can laugh at themselves and also help a neighbor with a flat tire or broken water pipe. We volunteer for church functions and political marches. We vote. Some of us are meat eaters and some are vegans. AND we are one of the most diverse cities in the country. We are a city of many colors and every religion.

Now, come for a visit. Bring a bathing suit, a hat, and some sunscreen. Prepare to have the best pastrami in the country. Get ready for some great museums, exciting theatre, high-end or vintage shopping (if you care about that sort of thing), one of the largest urban parks in North America, and a great music scene. You'll love everything but our traffic. Guaranteed.

Yes Wayne, Worked in the movie industry for forty years and met some of the best, hardest working people on the planet. If we get defensive its because we are seen as a bunch of liberal millionaires with no idea of the 'real world'. Our world of 80 hour weeks, long drives, horrible working conditions in dank basements, swamps and fields full of ticks and snakes is about as real as it gets.
We are also all freelance, so we spend a lot of time trying to find our next project, so we dont end up with big stacks of money !

Thanks for the comment, Stephen. So true! Good luck!