My mom was a terrible cook. She was. My brothers are going to disagree with me on this, I know. In fact, I think that's them calling me now. This is not to say that I don't look back fondly on meals from my childhood - I do. I remember them as very delicious. Mostly, anyway. The whole reason for this post is based on the love I have for my mom's cooking. But my dear mother was no Julia Child. She worked crazy and difficult hours in a casino coffee shop, so the meals she prepared were quick and simple. They were as nutritious as the era would permit. We always had a meat, some kind of vegetable and a starch (that's what we called carbs back in the day). On Monday nights she worked the "swing shift." My dad would throw some wienies in a pot of baked beans and we boys would chow down in front of the TV with Howard Cosell and a two-quart bottle Pepsi. All this was normal for our household. We didn't know what we didn't know.

Until I was about 16 years old, I thought the oven was just a place you stored pots and pans. Harvesting vegetables was a simple matter of digging the can opener out of the junk drawer and ripping through that can of peas without cutting your finger off. We also didn't have any of these new age food lubes. No EVOO, no peanut oil, no coconut oil (puh-leeeze), no flaxseed oil. My mom had bacon grease in a one pound Hills Bros coffee can (or maybe it was Folgers). Sound familiar, boomers? Thought so. I never once saw my mom change that bacon grease. I saw her add to it after frying up some Farmer John's. I saw her take from it before frying up some tacos or hamburger patties. Never saw her empty it out, clean the can, and start fresh. Pretty sure it was kinda like sourdough bread - you always need some of the original "starter" to keep it just right. 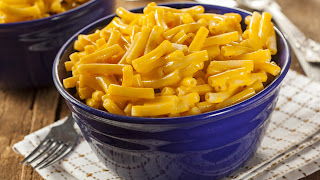 Mac and cheese seems to be a common comfort food. Every restaurant on the planet nowadays has macaroni and cheese on the menu. It usually runs around 10-14 bucks and is made from 8 kinds of smelly goat cheese. That is a rip off. Everyone knows, the only real Mac 'n' Cheese is made by Kraft, comes out of a blue box, and all you gotta do is mix the orange dust with a whole stick of butter and a half cup of milk. Brussels Sprouts? My mom never roasted Brussels Sprouts. She never added pancetta or balsamic vinegar or truffle oil. Didn't marinade them in the tears of a mermaid or braise them in aged Yak Butter. She boiled them. Boiled the shit out of them until they were soft enough to eat. Steaks? Fried them in bacon grease in a big honking cast iron skillet that we would clean over a campfire once a year on a hunting trip in the Ruby Mountains. Put that sucker over the fire, let it get red hot, scrub it out with a battery terminal brush...viola...good as new. Meat loaf? Really? It's a giant hamburger patty that you slice.

Some things she made did take time. Her famous homemade chicken noodle soup is legendary. The noodles were made from scratch, too. The deliciousness that was this soup was probably due to the salt shaker she emptied into every batch. Thanksgiving is always a chore, right? Face it, no one's Thanksgiving meal is as good as your mom's. Ever. Only thing is, all American Thanksgiving meals are pretty much exactly the same. Admit it. It's really hard to screw up a turkey. You got your giant genetically modified bird (the bigger the better), your root vegetables (candied yams and mashed Russet potatoes for us), your chopped up stale bread (always Mrs. Cubbison's - I told you, mom was busy), and your variation on cranberry sauce which you only eat once a year because...well...it's awful (ours was canned Birdseye. Sliced. Gross). 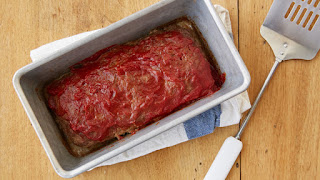 Comfort food. All of it. Whatever you ate as a kid becomes your comfort food as an adult. Sometimes you put you're own twist on the classics from your childhood. You'll add an ingredient. You'll cook it in glass instead of the hand-me-down aluminum pan that still has baked on residue from that stew that went wrong in 1995. You'll swap a cheap Chardonnay for chicken broth. Yet, at their very core, the recipes remains the same. Caloric, rich, simple. More important, though, memorable.

The whole point of comfort food is wrapped around emotions not flavor. It's the joyous memories that flush your face when a serving of Grandma's Galumpkis hits the table. When you dip your spoon into that pot pie, it's your mom's voice saying expertly, "Careful, it's hot," as she passes the salt shaker down the table. The string of grilled cheese getting stuck on your chin. The flavor is the memory not the taste.

Sometimes comfort food may evolve out of friendship as well as family. After acting school my best friend and I were roommates for a few years. We made a tradition out of drinking Jameson's Irish Whiskey late at night while reading Shakespeare out loud or trying to impress a date (often both). I still drink Jameson's and whenever I pour myself a glass I think of my friend even though he only lives about a mile away. And, yes, I consider Irish Whisky a food. Our exploits in that little apartment off Fairfax will live on so long as that distillery in Cork continues to produce.

We all have something. A BBQ rub (never enough cumin), a pot pie (always turkey), a spaghetti sauce (no sugar please), a pastry (croissants).  That one food that evokes a vivid memory of someone we hold dear. With every bite we slide effortlessly into a warm place or a sweet adventure.  I have several enduring "comfort foods." Two of my favorites are my mom's baked chicken (the only time the oven was ever used for it's intended purpose and something we make to this day often) and homemade candy.  Specifically, my mom's homemade Christmas candy. Each Christmas, Colleen (my mom) and Jackie (her sister) would team up to produce a staple of the entire family's holiday celebration. Honeycomb, taffy, nougat, divinity, peanut brittle, caramels, pralines, and of course, the obligatory fudge. They are both gone now and I happily took up the mantle although not on their scale. That would be like Milli Vanilli trying to sing Sondheim. No, I am not as good at it as they were. My annual attempts are no where near as delicious. Yes, it is a lot of work. More work than I ever knew. But for a few days every year, I get to relive a few moments with my mom in a tangible and very real way. The recipes are incantations of sorts. Maybe closer to a meditation on  my mother. The pages faded and the margins penciled with alterations in her perfect cursive. If read out loud (which I must often do to make sense out of the fractions of spoons and cups), they are chant-like, magically switching on a time machine in our kitchen. The spatula, a magic scepter, that channels her deft wrist and determination. My awkward pouring and ham-fisted measuring forever chasing her perfect eye and effortless grace with sugar and vanilla and heat.

Her caramels and chocolates made up for every overcooked floret of frozen broccoli; excused each spoonful for canned zucchini; forgave the mashed yam, the iceberg lettuce, and each well-done fried pork chop.

Whatever your comfort food is and whatever it represents, I hope you have lots of it over the holidays. Just maybe hold the salt a little and back off on the butter. Oh, and don't forget to take all the pots and pans out of the oven.
Posted by Wayne Watkins at 12:23:00 PM

You have done a good job by publishing this article about food. I appreciate your efforts which you have put into this article, It is a beneficial article for us. Thanks for sharing such informative post. truffle oil in singapore