Wayne's Folly, or Why You Need to Eat Your Peas 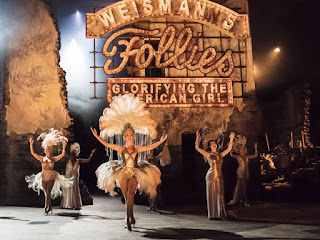 When I was a kid, my mom made me eat peas. Canned peas. They were gross. Yeah, you could blame it on the technology of canning back then or you could, like I did, blame it on my mom for cooking the already mushy, gag-inducing little seeds beyond anything remotely acceptable for consumption. I worked out this amazing con to get out of eating my peas: I started helping my mom "clean up" after each meal. I would grab everyone's silverware and the used paper napkins and take them into the kitchen for her. Silverware in the sink, napkins in the trash. Any good con takes planning. I knew, eventually, we were going to get served peas. I was prepared. Serve the peas and I was going to shovel those little bastards into my napkin and get them into the garbage before anyone was the wiser. It worked, too. For a while. Then everyone noticed that I went from complaining non-stop about how terrible peas were to cleaning my plate of them. Hum. So much for my plan. Busted on week three of the Great Pea Stratagem.

Years later, I would nervously revisit peas. Not canned, of course, but frozen. I liked them. In fact, I really, really liked them. Next came fresh peas. Then different kinds of peas. I am now a certified pea fanatic.

Every playwright has their "problem plays." William Shakespeare had All's Well That Ends Well and Measure for Measure, Henrik Ibsen had, well, everything, and Stephen Sondheim had Merrily We Roll Along and Follies. Ultimately, I think every problem play can be overcome with creativity, intelligence, a great cast, and thoughtful collaboration with a deft director. Or not. In some cases, the play is not to blame, at all. The peas aren't the problem. It's how you cook them.

Follies has been, until recently, a problem play for me. I love everything Sondheim and I have seen this musical staged a few  times. Each production was - off. Was Follies a love letter to the theatre or an indictment of a bygone era? Is it about dreams deferred or the futility of hope? Is it a fantasy? A domestic drama? A psychological character study? Sure, sure, it's got a couple well-known tunes (if Streisand sings it, it must be good, right?), but I was never really able to wrap my head around it as a whole piece of theatre. Then, I saw Dominic Cooke's production from the National Theatre (thank you NTLive and Fathom Events).

Follies. Stephen Sondheim. 1971.  It debuted on Broadway and was was nominated for 11 Tony Awards and it won seven of them. One of the seven was not Best Musical.  Lights, Costumes, Scenic Design, Direction, Choreography, Score - yes. Alexis Smith won for Best Performance by a Leading Actress in a Musial. The musical itself got snubbed in what was a pretty lightweight year on the Great White Way. In it's day it was the most costly show ever produced on Broadway. It was also a financial failure, losing it's entire investment. Full scale revivals have been few and most of the notable remounts have been "concert" versions, which in my mind, while entertaining, cannot deliver on the whole of the play - the juxtaposition of one's youthful dreams against one's mature regret.

To be sure, this is a bleak musical. Beautiful, but bleak. For fear of sounding a little arrogant and old, this play is also not for young people. If you are under thirty, sorry, but you don't know jack shit about this subject matter. Which may explain why it took me so long to really understand it. As a person of a certain age, Sondheim has held a "mirror up to nature" for my generation. Maybe that's not fair. Maybe I should say, instead, that this is a play for people who have lived. Really lived. Made decisions, tripped, failed, succeeded, been scarred, been scared, loved hard, laughed loud. If you have ever questioned the very meaning of your life, ever wondered "what if?" ever thought that maybe you could have been better, gone elsewhere, done something else, seen the future, avoided the past.


The brilliance of Cooke's take on the play is how he weaves the ever-present younger selves of Sondheim's characters through the staging. Never a doubt that the older versions are still yearning for a "do over." Just one. Tracie Bennett's Carlotta delivers a breath-taking version of "I'm Still Here." I mean that, literally. A moment of transition in the middle of the song will take your breath away. She parleyed an exquisite piece of technical acting and combined it with a brilliant lyric. I didn't see it coming. "The Road You Didn't Take" hit me like a ton of bricks when Phillip Quast's Ben , basically, sang my own life's insecurities back at me. With each song and each line of dialog, this production uncovered an emotional experience I don't ever recall having with a musical before. Imelda Staunton's Sally will break your heart with some of the most specific acting choices I have ever witnessed. "Losing My Mind" leaves you no doubt about the characters intent or state of mind. Brilliant. The stand out for me was Janie Dee as Phyllis. It is her play. Her cynicism, her resolve, her biting disappointment. "Could I Leave You?" is a show stopper and all her. Well...her and Sondheim.

What makes the National Theatre's version of this play so remarkable is its clarity. Cooke's direction is crystal clear. He never waivers in how he presents the emotional inner workings, past and present, of the characters. There are no protagonists in this play. There are no antagonists. Everyone is flawed. It is painful. The pain and regret at the very core of this musical is at once the show's greatest achievement and also the reason it has probably failed to be a commercial success over the years. Each performer has made specific, artistically distinct choices about their character. Choices that, more often than not, do not square with other productions you may have seen.  Choices that not merely ground the character, but that also inform the other characters in the play. This is an actor's play, start to finish, and this cast shines every step of the way and the director lets them.

This is not an easy play. You do not leave the theatre hopeful and happy. You leave pondering your own life, questioning your own decisions. There is a pressure in your chest while Sondheim's music still rings in your ears.

If you are able, go see this production, even if you think you might not like it. It's not easy to grow up. It's not easy to admit you made mistakes. Wrapping your peas up in a napkin isn't the answer, though. Eat your peas. You'll grow to like them.