When is an actor NOT an Actor? 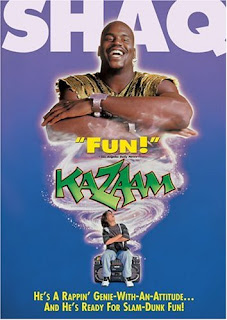 Serena Williams could be considered a media personality. She is a great tennis player, but she is not an actor. And just saying you are one, doesn't make it so. Alright, alright...I'm not bagging on Serena. And believe it or not there have been (and will be in the future) many famous people who are fortunate enough to find work in film and TV. (Theatre? Not so much.) Duane "The Rock" Johnson is on quite a roll right now and making money for himself, the studios, and entertaining a lot of people in the process. Hell, I even own "The Scorpion King" on DVD! There's goes my street cred, I know....

I have been accused, on several occasions, of being elitist with regards to the acting profession. I am. If you are an actor you should be too. You train, you sacrifice, you work for free, you study, you pay for over price headshots, you suffer incompetent directors, you memorize way too many monologues and you get rejected at far too many auditions by obnoxious casting people. You should take pride in your work and your craft and you should be upset when those in authority cast "famous people" instead of actors in films and TV.

Yes, I do understand how the industry works and no, I didn't just fall off the turnip truck. It's always been this way and always will. That doesn't mean we should just roll over and accept it.

There is a public persception, I believe, that acting is easy. Just enough media personalities have become good, accomplished actors to make our moms and dads think that our given career choice is "just a phase" or, even worse, that "any one can do it." My wife was actually asked once (by a very close, intelligent, well-read friend) why she "didn't just go apply for a soap opera job."

I'm a big fan of Will Smith. Queen Latifah is making me a believer. Eminem? Rick Fox? Not yet. I am the last person on earth to suggest that we stifle our creativity and settle for the lot that we have been cast in. Some very hard working actors aren't very good at what they do and work all the time. Some of the best, most talented actors I have ever seen have been in places like Ashland, Oregon and Off-Off-Broadway; in independent films and in silly commercials selling car insurance or Viagra. I know it's not a perfect world and the best are not always the most successful. No matter what we tell our children in grammer school, most of them won't grow up to be President. That would totally screw up the two-party system.

Here's an analogy I use with the actors I coach -- probably too often: I have a pipe wrench, some channel locks and a roll of teflon tape in my tool box. That doesn't make me a plumber. It just makes me a guy that has some tools that can probably figure out how to tighten something under the sink to stop it from leaking. If I want the job done right...I'm gonna hire a professional.
Posted by Wayne Watkins at 3:47:00 PM

I totally agree. I wish they'd take a second, just one tiny farging breath to think about the people that work very hard to learn the CRAFT of acting. You know, the ACTORS. I can go around all day long and say I'm a Tour calibre cyclist, but really, I just ride my bike to work now and again.