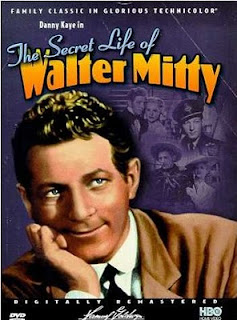 My wife is an actress and an author, but like so many others she has a day job. She works for a university.

Academics are a strange lot. I'm not talking about the erstwhile fellow or part-time professor, I'm talking about the university MBA/PHD/EDD/BFD with tenure, a pension, and a office with an "Emeritus" name plate already engraved for them -- for when their colleagues deem them too old to stand up in class anymore. I'm talking the theatre professor who hasn't been on stage since the 60s and still directs his majors in the same plays year in and year out. The history prof who hasn't changed text books in twenty years. The communications prof who still believes everything can be explained by a pie chart. They think of the world -- no they live in a world totally devoid of the kinds of things regular people must involve themselves in. Change, for example. Risk and danger. Fear of failure. They define things. Pigeon-hole people. Believe that you believe the way they do without any discussion. (Yes, I'm generalizing. No letters, please.)

Recently, while at a campus event with my wife, I was introduced to a former "department chair." Dr. Somebody-or-Other." Very dapper older gentleman. Tweedy. Stereotypical Mr. Chips type -- only mean looking. He extended his hand, introduced himself and his credentials. I took his hand and replied with a, "Pleased to meet you, Dr. Blah-Blah-Blah. I'm Wayne Watkins." [Quick aside: Whenever I introduce myself, I always flash on the scene from Holiday Inn when Bing Crosby as Jim Hardy meets Marjorie Reynolds as struggling actress Linda Mason for the first time. Her line reading of, "I'm Linda Mason" is priceless.] His response was, "Uhm, yes, what do you do?"

But something in Dr. Whose-Its tone of voice offended me. Made me prickly. I was in a perfectly fine mood until then. It was as if no matter what my answer was going to be, it wasn't going to be as important or as meaningful as what he did. What did he mean "What do you do?" And what exactly does he do anyway? I do lots of shit! What's it too you? Oh, and by the way, bow-ties only look cool on Dr. Who and George Will! Crap. I fell for it hook line and sinker.
What do I do? What do I do? What do I do? I've heard and, indeed, been asked that question a thousand times in my life. No, two thousand. Invariably, I have always answered it with whatever it is that is occupying the majority of my time at that moment. "I'm an actor" or "I'm in the music industry" or "I'm an Artistic Director" or "I'm between engagements at the moment." No biggie? No, biggie!

When I was a young actor, Don Richardson made us read all kinds of non-acting related books. [I really should say "non-theatre related" books. As it turned out, everything is related to acting. Everything.] A series of books by Robert Audrey were particularly important to me as both a young actor and as a 20-something entering the real world of work and money and survival. One book, The Territorial Imperative, remains on my suggested reading list for my acting students. The book begins, "A territory is an area of space, whether of water or earth or air, which an animal or group of animals defends as an exclusive preserve. The word is also used to describe the inward compulsion in animate beings to possess and defend such a space. A territorial species of animals, therefore, is one in which all males, and sometimes females too, bear an inherent drive to gain and defend an exclusive property."

My new friend, this "academic," guards his territory with a vengeance. Unlike most regular folks who shuck and jive and bob and weave through life, the academic has a very well defined world laid out before him. teaches the same classes to different faces. Does one thing and defines his existence by the letters after his name and tries to do the same to give order to the rest of the world. But my world and his are light-years apart. Same planet, different universes. In my world, there is no line in the sand dividing my experiences with my knowledge. To paraphrase a line from Mamet's "A Life In the Theatre," Everything you do is a part of your life. From grocery shopping to scraping gum of your shoe. From the mundane to the dangerous. Your whole life is made up of everything and everyone you have ever seen, touched, felt, known, experienced. So to be asked, "What do you do," is no less than an invitation to tell your life story.

Now, I feel confident Dr. Doo-Dad didn't really want to know my life story. I was in his building, he was the Alpha Dog and he simply wanted me to know that. He didn't care all that much about me either way -- he was just being "polite." Perhaps he really wanted to know where I worked. As in, "What do you do for money?" Guess I should cut Dr. Bow Tie a little slack.

But, I must say, I think my answer will change now and forever. What do I do? I do lots of shit...and so do you.