Class is Only the Beginning 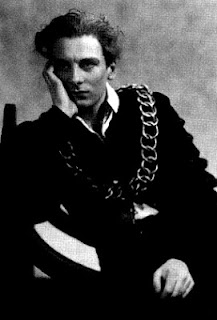 My acting students piss me off. I know, I know, they are probably going to read this. That's okay. They know I'm pissed off. No other artists have the utter lack of discipline as actors. Somehow, many young actors have bought into the old adage, "Learn your lines and don't bump into the furniture." Thank you, Spencer Tracy. Well, unless you ARE Spencer Tracy, you gotta do more than that. Learning your lines would be a pleasant start. But just a start.

Actually, if learning to act is just about adhering to someone's else quotes about it, then John Gielgud may have better advice for young actors, "Before you can do something you must first be something."

So many actors just starting out seem to believe that taking a class and auditioning is all it takes to call yourself an actor. (I say this having had the same misplaced attitude, lo these many years ago.) But it's what you do between classes and before auditions that make you a true actor. Does a musician just pick up an instrument a play a concert? No. There are hours upon hours of rehearsal, playing scales, practicing a particular piece of music. There's is the care and tuning of the instrument. Oh, yeah, and the rehearsal. I'm wondering if Yo-Yo Ma or B.B. King only played their instruments when a teacher was around? And when they were done playing, I wonder if they just tossed their instrument on the sofa until they needed it again. Doubtful.


Taking an class does not make you an actor any more than owning a fiddle makes you a concert violinist. But acting class is a place where you go to learn to play your instrument. Where you learn to tune it and care for it. It's a place where you pick up tips on how to get the right sound out of it; when to play fast or slow; when to play loud or soft. When to contort the strings violently to your will or when to gently stroke them. An acting class is a place where you learn how to play with other musicians in concert. How to form chords. When to let someone else take the lead and when to pull back and settle into the rhythm. It's also a place where you get to try out different styles of music in the form of scene work or monologues. Maybe for a very few, a little improvisation if it makes sense for your particular instrument or style of music.


AFTER class is over, go act. Find a play. Audition. Do something. Do another scene in class, hell, another class for all I care. Learn a new monologue on your own, memorize a whole play, whatever. There is no excuse not to pursue roles wherever you can find them. Sure, I know, you are holding out for the big pay day that a series or blockbuster film role will give you. But don't just wait around  for it to magically happen. Just like Yo-Yo and B.B., you gotta play the bars and piddly little stages. You have to work for a couple of beers or, maybe if you're lucky, a couple bucks to buy some Ramen. That's just the way it is. Those are the rules. No matter what city you are in those are the rules. Keep your trumpet polished. (Uhm, okay, maybe that one means the opposite of what I meant for it to mean.)


Let's face it, not everyone is cut out to be an actor. It takes work. Talent helps, but work separates the wheat from the chaff. (And no, I am not going to switch from music metaphors to agricultural ones. That would be too much even for me.)


Many years ago, Les Paul gave me an autographed guitar. Now, I'm not a guitar player, but I have a beautiful, un-played guitar signed by the man himself. I cherish it.  But, If I took that guitar and charged people to hear me play, it would cheat them and dishonor Lester.

Before you go "do" acting -- "be" an actor. All in. Tune your instrument, maintain it religiously and play it whenever you get the chance. Oh, yeah, and learn your f**king lines.